The Polish intelligentsia no longer exists in the sense it was once accepted. The new regime, capitalism, liberal democracy, globalism, the European Union, powerful mass culture, etc. - all this meant that it did not survive.

The conditions for its existence were - concern for the Republic and the building of a Polish consciousness threatened by foreign powers. It can be said that in the absence of their own political institutions, some educated people took it upon themselves to help the nation survive. An intelligentsia could be either a university professor, who felt obliged to such a mission and did not only write scientific works, or an engineer, who did not only build machines or bridges but saw a broader purpose of his activity for Poland, or a chemist, who read books, took care of his library, organised music and poetry evenings and supported reading among the less educated strata. Now the professor is busy with his speciality and career, the engineer constructs what he has to build, and the apothecary sells medicines. We have become narrow specialists working in our professions. The intellectual staff - books, poetry, music, philosophy, libraries, etc. - interest us less and less.

We have acquired the conviction that in a liberal-democratic system, things develop spontaneously, almost automatically, and that some special pro-national activity is no longer necessary. Polish institutions are integrated into international institutions, which is supposed to give a sense of security and relieve us of responsibilities. Moreover, we have also become convinced that the whole world is inevitably moving in a certain civilisational direction - towards equality, globalisation, technologization of life, the emancipation of groups, sexual liberation, etc. - and this further relieves us of many more responsibilities.

The new regime also created a new mental situation in which general and humanistic knowledge lost their high position. Schools began to shift quite quickly from general to specialised education. The change was so fundamental that ignorance or depreciation of knowledge ceased to be an embarrassing thing and became a fashion item. People boast about their unread books and ignorance of history, and the place once occupied by poets has been taken by mass culture stars and celebrities. This celebration of stupidity has devastated the public sphere. The elites are also succumbing to the trend towards democratisation and are themselves adopting manners and views from mass culture to not stand out too much.

The wave of democratisation has also led to a vulgarisation and even brutalisation of language and manners. The elites have not been able to contain this wave, and they often succumb to it. It is enough to read the statements of many contemporary Polish writers. They abound in vulgarisms, swearing and insults. This is not the language of the Polish intelligentsia. After all, one of the distinguishing features of the intelligentsia as a group was respect for language and custom. Both of these were threatened by the partitioning powers imposed on Poles.

But there is also another factor, equally important, or perhaps more important. A huge part of the Polish cultural elite wants to radically change the Polish consciousness or replace it with a different one. Today’s Polish elites are closer to the communist elites of the communist times, who were also concerned with nullifying the national consciousness and creating a new Pole. In a way, the last stage of the Polish intelligentsia was in the 1970s and 1980s, when second-circulation publishing and the organisation of private seminars and scientific courses began. The pinnacle of this was the Solidarity period when there was an impulse to unite a large part of the nation for the renewal of its spirit, the growth of knowledge, and historical and civic awareness. An additional factor was, of course, John Paul II and the strengthening of the Catholic part of Polish identity. All these activities of that period were typical intelligentsia activities, involving educated people of many specialities in forming Poles for a free Poland against the imposed regime.

Why did the Polish elites give up so quickly on the impulse given by Solidarity? The emergence of a new regime, of which the elites felt themselves to be the begetters, pushed them in the direction we know from the early days of communist Poland, that is, the restructuring of Polish identity. Polish identity evokes distaste, irritation, anger and a desire to humiliate it in the majority of Polish elites. Hence the attempts to rehabilitate not only the People's Republic of Poland as a modernising force but also the Partitions as a generally benevolent period in which Polish society went through a necessary modernising phase. Hence the almost religious attitude to the European Union and the desire for it to take complete authority over Polish society.

It may be regarded as a paradox that this attitude of arrogant and often aggressive superiority over the Polish nation is mixed with a servile, almost slavish attitude towards social and cultural processes, to which the characteristic of inevitability is ascribed, and towards the institutions, above all international institutions, which are responsible for these processes. The representative of the Polish elite will gladly insult Poles, while he will not oppose the intellectual fashions or idols of the present, the authoritarianism of the European Union, or anything associated with the processes of modernisation.

I once thought the Polish intelligentsia would survive, but I was wrong. I overestimated Solidarity’s impact on our elites’ behaviour and failed to notice the inherent combination of hubris and servility of the Polish intellectual class. I also underestimated the power of this powerful liberal-democratic bulldozer, which is ruthlessly recycling every element of our individual and collective life. If the Polish intelligentsia is reborn or some new form of it is created, it is precisely to oppose this bulldozer. I see some movement in this direction, but it is still too early to say something permanent will emerge. 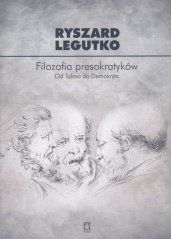 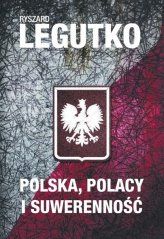 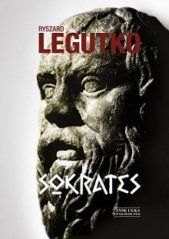 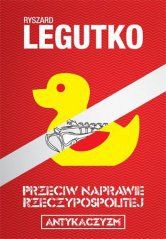 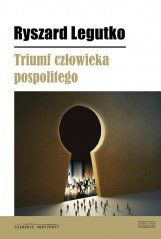 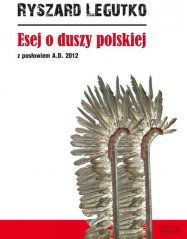